“If you want to pitch Inception, make The Dark Knight.”

A golden nugget from the needs-no-introduction Chris Nolan at the National Film and Television School’s recent masterclass.

Sitting beside his wife and eminent producer Emma Thomson, the power couple behind Memento, Inception, Batman and Interstellar exuded confidence, comfort, and the specific type of knackeredness induced by a long-haul flight from LA. Every ear, on every bum, on every seat strained to hear their winged wisdom. They offered the following gems:

“I always rehearse on set.”

Ever since the fast turn-around of Memento, Nolan has always rehearsed with his actors on the film set, ensuring every head of department has provided a framework in which he can block scenes and work out the action within the context of the narrative.

It’s about expression, and in this respect Al Pacino is one of the best film actors Nolan has ever worked with. He is mysterious, restless, extremely talented, and really understands how to explain emotion to the audience. Leonardo DiCaprio is another great actor, but is much more focused on the pre-production rehearsals, wanting to remain eminently professional on set.

“Actors will always fight you.”

A director’s vision will often go unchallenged by crew members, but actors tend to be upfront, really questioning directorial decisions around the script and specific shots. This is a great thing, as they often have a deep understanding of their character’s specific angle and can offer interesting insights into the way the narrative should unfold and feel.

For both Nolan and Thomas, Memento marked a shift in their filmmaking, from a profession of passion to a commercial enterprise that required them to deliver. Funding meant they had to answer to other people’s agendas, and forced them to think on a bigger scale.

“Surround yourself with talented, experienced people.”

It’s vitally important to build a core team you trust, hence the number of familiar names – same editor, same production designer, etc. – cropping up on the crew of most of the duo’s films. In particular, the relationship between director and DP is fundamental, especially at the script stage when the team needs to chat and bounce ideas.

“Structure is about what’s most apt for the story.”

Inception, Interstellar, Memento; Nolan is famed for non-linear narratives which play with concepts of time, but he claims that there are actually very few places we get entirely chronological stories. He gave the example of newspaper articles, in which headlines preempt the main story before we even start to read the main text, or reminiscences where we drift back into the past.

“My career coincided with a technological shift.”

Before VHS, television was a medium fiercely dependent on linear narrative and, as a major avenue for film distribution, had an extremely conservative influence on how films were made. However, the arrival of VHS recorders created an environment in which programmes – and therefore filmic time – could be made to stand still with the click of a pause. This shift enabled the development of much longer-term relationships with narratives, and the birth of Nolan’s own concept of time as a fluid device.

“Film is an analogue medium, it will always look different.”

Nolan always shoots on analogue film, rather than on digital. His commitment to film is not simply because of its intensely high quality, but also because of the romantic excitement of watching ‘dailies’ back on a projector during a shoot. He claims there is now an energy in film laboratories, a sense of craftsmanship and passion for maintaining the old methods.

“A love-hate relationship with IMAX.”

Working in 3D is an interesting storytelling discipline, but it creates a very individual experience and tends to shrink the screen. Nolan admits that he is a big 2D fan, using the wide screen to keep his films as open and communal experiences. However, he liked Baz Luhrmann’s The Great Gatsby in 3D.

“The eye can tell what’s real.”

All of Nolan’s films use special effects, but he tries to avoid fully animated versions. Instead, he prefers to do as much in the camera as possible, using old techniques like miniatures and contained explosions, before enhancing them with CG in post-production. For example, in Batman Begins, every sequence begins and ends with something real.

“When you look at sequels, there are only a handful of creative successes.”

When conceiving the Batman films, Nolan and his team decided to make each film in a different genre to make them into individual blockbusters in their own right. Batman Begins is a ‘romantic origin’ tale, The Dark Knight is a ‘suburban crime’ story, whilst The Dark Knight Rises is a ‘historical epic’. This was a way to make each film something bigger and more developed than a same-style sequel.

“Build a sound track from nothing.”

When editing his films, Nolan prefers to make a first pass with no extra sound or music, before building in sounds, and ultimately inserting a score. In this way, he is free to restructure the film, rather than cutting shots to music. Nolan spoke with passion about the Oscar-nominated sound team on Interstellar, flagging the experimental soundscapes, silences and scores used to create unique, unsettling atmospheres, often by cutting out the bottom frequencies. 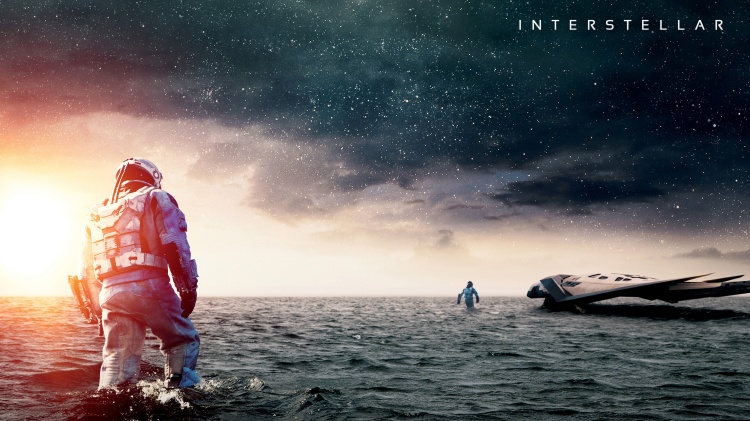 “I don’t create a storyboard, or a shot list.”

Instead, Nolan creates lots of narrative diagrams, working out the themes as he writes a script from the beginning to the end. In this way he can appreciate the story as perceived by the audience, who are in a linear process of watching for two hours.

“Try to be the audience.”

Nolan stresses the importance of seeing the film from an audience perspective, which is why he directs from beside the camera, watching the action in reality rather than through an alienating monitor. This allows him to be aware of the film as a real situation witnessed in a natural way, giving him closer proximity to his cast and a feel for the energy of the performance.

If the story makes sense for him, it should make sense for us.