“I have the right chemical make up to be an entrepreneur, every single morning I wake up with a surge of adrenaline round my body because I want to be a global phenomenon.”

“I’m like the swiss army knife of business skills, I’m the captain at the front of a cavalry charge, I race forward and people follow.”

“I’m disgustingly ambitious, ordinary or mediocre, those are curse words to me.”

“I’ve always said never interrupt your enemy when they’re making a mistake. I’m going to sit quiet and then in the boardroom I’m going to pounce on them.”

“If you cross me, it’s like hitting a brick wall, you’re never going to get past.” 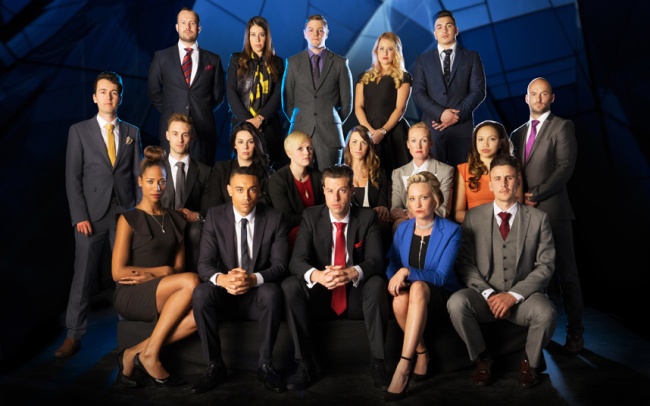 The opening sound-bites of The Apprentice 2015 have set the tone for the next twelve Wednesdays, as the usual cohort of idiots and knob-heads barged into our living rooms with a double bill of buffoonery and failure.  October has arrived, and Lord Alan Sugar is once again offering one of these bumblers a £250,000 cash injection to kick-start their business plan, but not before they’ve completed an array of teamwork tasks designed to mine television gold.

The first two episodes made for a predictably slimey/prickly start, featuring a TV-feast of fish-selling and hair-smelling which required the cringe-worthily named teams, Versatile and Connexus, to market a fishy lunch to city workers and produce an ad campaign for cactus-based shampoo. You’ve got to love the task producers. 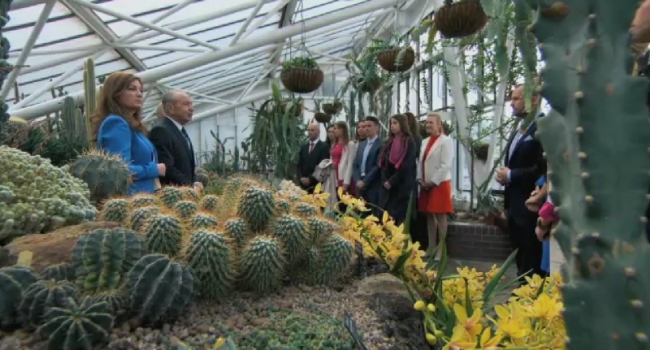 Despite the format’s same-old-same-oldness, there has been a mix-up of sorts. Interviewer-from-hell Claude has replaced bespectacled Nick as one of Lord Sugar’s cronies, and the first episode features mixed-gender teams – which was actually quite refreshing until the girl-boy rivalry was reinstated for the second episode. It’s a shame that the casting – or possibly our evolution – enforces such cringe-worthy gender stereotypes on primetime telly. Whilst the macho men try to out-alpha each other, but ultimately pull together and get the job done, the bitchy made-up-to-the-nines women claw each other’s eyes out. The men win.

You know how the rest goes.

Dan Callaghan (left) in the boardroom 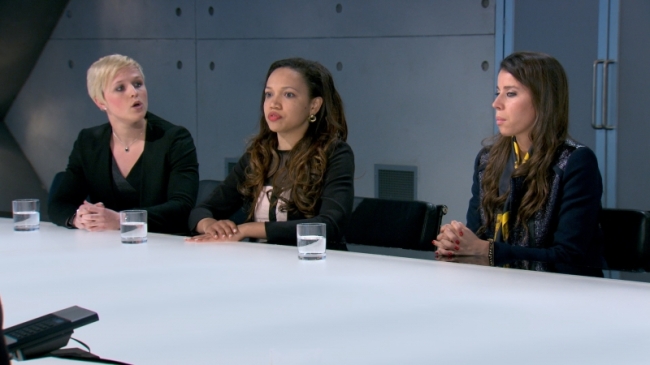 The first candidate to leave was Dan Callaghan – a blundering toss-pot – and the second was Aisha Kasim – an ineffectual wet blanket. Week by week the producers will cull off the weakest personalities and leave a cluster-mess of ego and attractiveness to face the final boardroom.

I for one will be watching.

One thought on “Thoughts on The Apprentice”