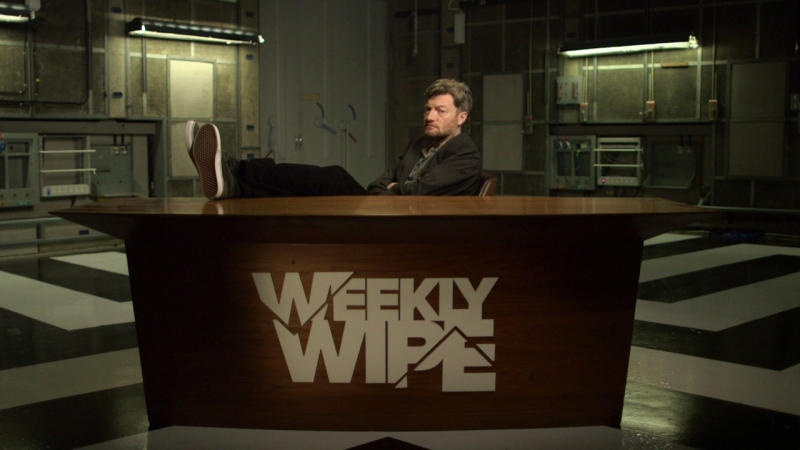 Whether ripping into politics, culture, tabloid stories or American TV, Brooker’s uniquely British ever-pissed-offness injects dry humour into the week’s headlines. Stories are compiled from the previous week and the script is written for a Thursday evening transmission, giving the show a cutting immediacy, covering wide-ranging topics from terrorism to television to technology.  The dimly-let set is dingy – a single chair behind a news-desk – creating the grungy underground backdrop to some pretty dark satire.

Well worth a watch.  Tune in Thursday, BBC2.