The BAFTA and Golden Globe-winning scriptwriter of Slumdog Millionaire, Full Monty and The Hunger Games Simon Beaufoy came in to the National Film and Television School impart a few words of wisdom.

Simon Beaufoy at the NFTS

1. Keep it true to the story.
Originally a documentary filmmaker, Simon began to question the ethics of cutting rushes of real people and stories together to create fictional spin-offs in the name of entertainment. He felt this damaged the integrity of the form, so he decided to ditch the camera and pick up the pen, taking inspiration from real life to shape, rather than manipulate, his stories.

2. Characters first, plot second.
Characters should come from reality and the rhythms of the everyday language we hear around us. Authenticity is hugely important, and can be built through deeply understanding the mannerisms and idiosyncrasies of each person portrayed.

3. Danny Boyle is a top bloke.
Time and time again Danny Boyle has proves he is an incredibly talented director, but he also establishes a good relationship with the scriptwriter, listens to their thoughts on the visual production and is respectful to the script.

4. Go to the place.
Before he starts writing a script, Simon always tries to visit the location he’ll be writing in. This gives him a feel for the atmosphere, environment and energy of a place, allowing him (e.g.) to capture the restlessness of the slums in Slumdog Millionaire.

5. Ask contributors – “If I gave you a camera, what and who would you film?”
This enables filmmakers to hone in on the stories that are personally important to the contributors, and therefore true to their lives.

6. Generate attention online.
If you’re a budding scriptwriter, get your work seen online. Write a web series and shoot it on a low budget with a smart phone, create some buzz and send it to people in the industry. The more you can create and push out into the public domain, the more kudos you’ll have, and the internet is a free promotional platform for talent.

7. Have an Anchor.
Every good story has an anchor character. Even with a group of key roles, there is always one character which carries the weight of the story and drives it forward (e.g. Jack Sparrow in Pirates of the Caribbean, Frodo in Lord of the Rings, Dom in Inherent Vice). Simon told us of a brilliant series he conceived about a South London family, which never got commissioned as there were too many anchor characters.

8. Be an amateur psychologist.
Writing characters is about reading beneath real people’s skin, about working out what makes real people tick. Go ‘personality mining’ and watch/talk to as many different types of people as you can for character inspiration.

9. Try writing to music.
Simon listened to David Bowie while writing a piece about the Berlin Wall. Find tracks that suit the mood or time of the piece you’re writing about and see if it inspires the way you create your characters and build your plot. Often music provides a ‘rhythm of the time’ which may be useful to tap into in order to create a fictional version of that world.

10. You need five good scenes to make a strong film script.
Stanley Kubrick said it, so it must be true. Build up your story around five key events to capture and hold the viewer’s attention. Create suspense, draw out emotions and always, always surprise your audience. 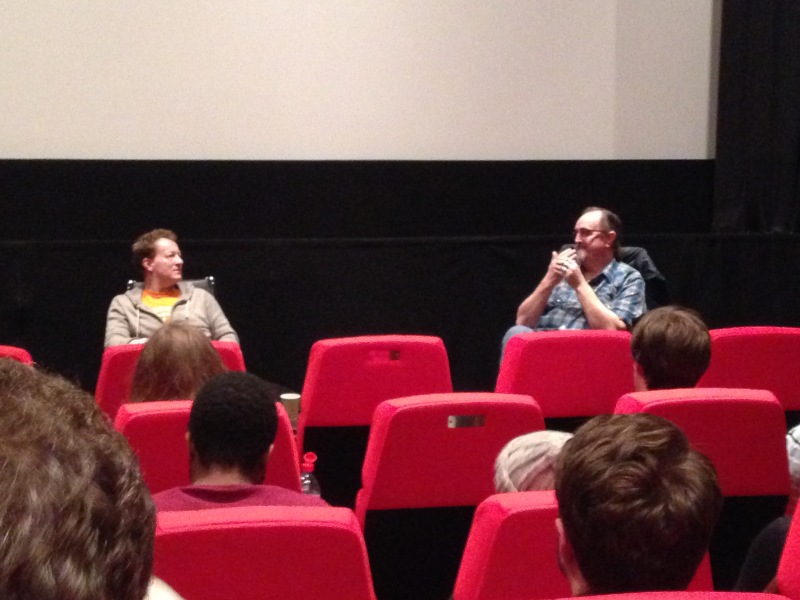 Simon Beaufoy at the NFTS

4 thoughts on “An Audience with Simon Beaufoy”