Aside from tentative nibbles on heart and brain (a gratuitous feature), Mission Survive is a far cry from I’m a Celeb. Rather than focusing on heavily formatted individual challenges, the production showcases the celebrities working together and undergoing genuine tests of character as they progress to each location.

This show isn’t about egos, it’s about stomach and heart.

In the first episode we witness each of the celebrities jumping into a swamp from a helicopter before heading to camp for fire making, team bonding and army rations. The next morning the team embark on a horse trek to the next destination where they attempt to set up camp. The promised ‘hook’ of the first elimination never happens (an inevitable cop out), but it also serves to end the episode on an uplifting, morale-boosting note too often absent from traditional entertainment formats. 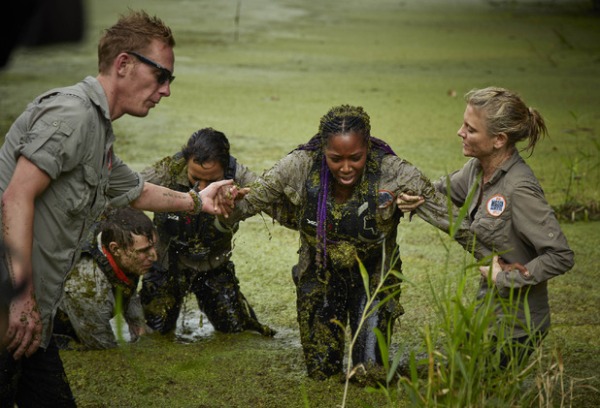 Indeed, with its showcasing of strong role models (athletes, intelligent performers, royal husbands, etc.) Mission Survive celebrates grit, determination and positivity. Each participant will undergo an emotional journey, with open tears, tiredness, hunger, pain, homesickness – tempers will inevitably fray along the way, but at this stage the focus on encouragement and teamwork is refreshing, making for gripping viewing.